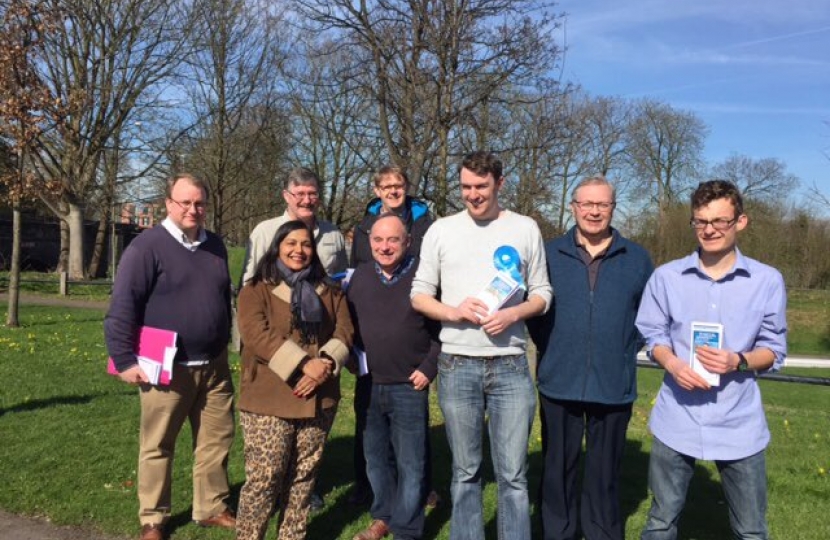 Blacon has changed a lot in recent years. The Parade shops area looks fantastic and there’s been massive investment in local schools.

There’s a great community spirit around but some things are letting Blacon down. If elected to be Blacon's councillor on April 20th, Jack Jackson will take action to improve our pavements, help make sure repairs to dangerous potholes are prioritised and work with outside groups to tackle antisocial behaviour in areas like the old Blacon station which is fantastic in the daytime but an intimidating place to be at night.

Jack said: "People are proud of Blacon's community spirit, but they want a Councillor who will do everything possible to make the community even better still.

"Lots of residents have told me how frustrating it is to see pot holes neglected and litter left in the streets. That's why I'm working with people across the area to tidy up "grot spots" in Blacon. If elected, I'll be able to do even more to make Blacon a better place to live."

Jack has already reported a number of issues to the Council for action. Contact him now if you’d like him to take up a problem on your behalf:

Save "Free After 3" Parking in Chester

Chester Conservatives have been campaigning to save "Free After 3" in Chester.

We support "Free After 3" because it's simple, supports local businesses and helps reduce the costs of visiting the city centre for hard-pressed local taxpayers.