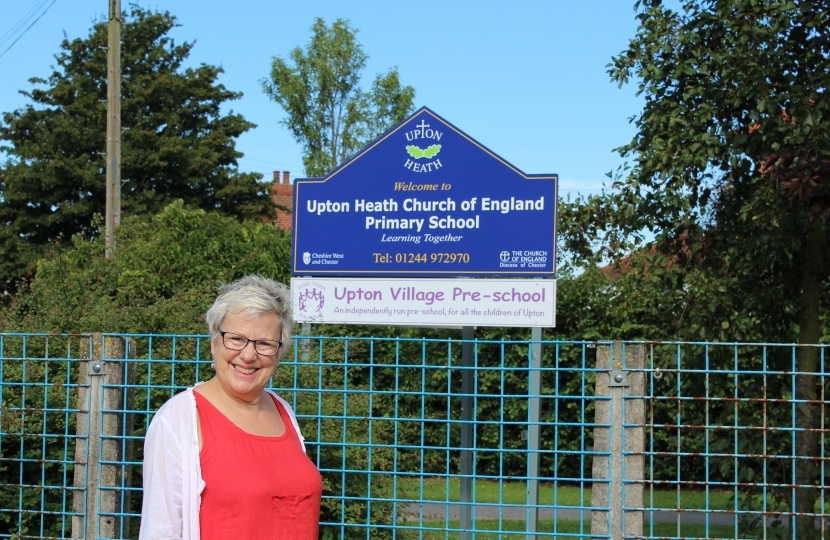 We are all aware of sad reason this meeting was postponed from last Monday.  I am grateful to a man who dedicated his life to serving his country and to supporting Her Majesty The Queen in her demanding role. To have been married for 73 years is an achievement in itself. I was too young in November 1947 to recall the royal wedding but The Queen and The Duke of Edinburgh have been part of the whole my life.

Active in the Park

The Friends of the Countess of Chester Country Park will be running socially distanced Active in the Park Sessions on Thursday mornings from 10.00 – 12.00 and on Friday afternoons from 1.00 – 3.00, starting on Thursday 22nd April.

These Green Gym sessions will cater for all physical abilities, from those who are happy to sit and chat or go for a stroll, through to those who want to participate in more physically challenging countryside management tasks. We will tailor the sessions to meet the needs of the participants.To book a place, prospective participants should contact:

Neil Mc Mahon, Senior Project Officer with The Conservation Volunteers, who will lead the sessions.

The Cockpit is looking untidy and needs some attention and I have reported this. Work in Lodge Gardens will begin again after the May elections but the primula are making a colourful splash and I hope make people smile.

This time of year hedges are trees are home to nesting birds so should not be cut back unless absolutely for example if they are causing an obstruction to pedestrians.  In particular low growing overgrown hedges impact on anyone using a wheelchair and on younger members of our community.

Parking and Bus Lanes in Upton

This is a opportunity to remind drivers that parking which causes an obstruction should be reported to the Police on 101. Parking which infringes a traffic order should be reported to the local authority. There are some hot spots in Upton which have been shared with PCSO Tapley and I do ask drivers to ask themselves these questions before parking. Am I blocking a driveway, or impeding the traffic, making it difficult to turn at a junction or ruining a grass verge? It simply a matter of being a caring driver and to think about the impact of your actions.

I am pleased to see the new signs explaining the bus lanes are not in use are up on Liverpool Road.

Recently I have been supporting the newly formed Chester Wombles . It’s a growing volunteer group working right across Chester and making a huge difference to the cleanliness of our streets and lanes. The CWaC  StreetScene leader who looks after Upton, has explained that the teams are very happy for the extra hands and all the TLC being given has not gone unnoticed.  If members of our community are interested in keeping Upton tidy you will find support on the Facebook page and there is an item on tonight’s agenda about the Wombles activity.

If there are any local businesses willing to support the Wombles please do let me know. Maybe funding equipment or encouraging employees to take responsibility for the area around their premises?  This community involvement has prompted CWaC to look at bringing back the Love Your Street campaign which I understand will be relaunched later this year.

A couple of weeks ago I had a useful virtual meeting with Highways officers. We talked about gullies, footways, parking and resurfacing, among other things. Interestingly I’ve discovered that the flooding which happens at the roundabout on A5116 by Fox Barracks is due in part to work needed on the gullies not all due to the camber as we had supposed. The gully at Brooke Avenue junction with A41 is clear so there is still a plan to check the drains further afield. We also discussed reinstating the verge and posts at the top of Flag Lane North. Highways are currently looking into funding for this.

There have recently been incidents of ASB at the White Gables site. The Police and Cheshire Fire have attended. PCSO Jenna Tapley and I have been in contact with planning to see if the removal of the building can be expedited to prevent further incidents and keep residents and the perpetrators safe.

We have received this from planning. Hopefully this should now be soon resolved.

‘Archway wanted to change their drainage details and the final layout of the access track just as we were about to issue the approval. They didn’t want any pre-occupation conditions and so asked for the permission not to be issued. I spoke with Archway at the end of last week, final drawings are expected to be submitted by the end of next week (and they have been speaking with Welsh Water directly ) so all being well we should be able to issue the decision shortly after.

In regards to the existing building, condition 3 is being changed so as soon as the site entrance is widened they will be able to commence demolition, rather than before finishing works to the access track as well. Archway did mention they want to commence work as soon as the permission is issued.

Hopefully everything is on track for this to be finalised soon and sounds like officers are doing what they can to make sure demolition can take place swiftly. I’ll ask officers to let people know once the decision has been issued.’

On 14 April at Chemistry Pits family pet cat was attacked by a dog. It had the cat in its mouth. The cat was so badly injured that sadly it was euthanised. This dreadful incident has been reported to the Police. Residents are quite rightly extremely concerned that this could easily have been a child.  It is the responsibility of the person walking the dog to ensure it behaves and is not a danger to people or other animals.

I am very pleased to report that the resurfacing of Weston Grove is complete and that residents are happy with the results. This is one item I can take off my ‘to do’ list. There are however many more roads that need attention. Potholes on Mill Lane and at the junction on Wealstone Lane and Appleton Road have been marked out from quite some time so I hope they will be dealt with very soon. The footways on Cross Green and Endsleigh Gardens and parts of Caughall Road and Flag Lane North and many others are in a poor state and many are trip hazards. This

I have received some complaints concerning CityFibre in Upton but these have been addressed and I would like to thank Julie Derbyshire for her attention in dealing swiftly with issues I have passed to her.

Some of the issues which I might otherwise have included in this report are on tonight’s agenda and I look forward to discussing them.

Updates on the A41 from Councillor Houlbrook

As Jill continues to provide updates on the A41, follow it in this thread:

Good morning and it’s great to see the sun back!