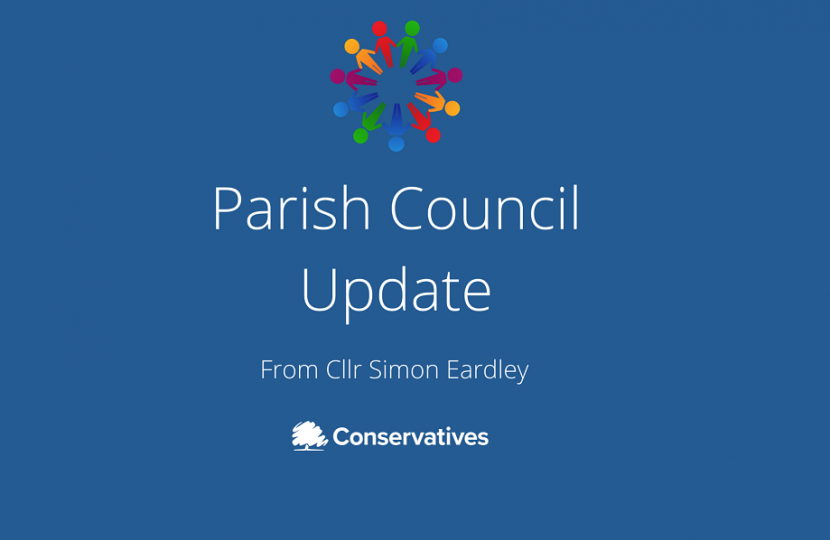 I am disappointed that a long-term solution to this ongoing and vexed question has still not been arrived at. Despite the suggestion at a meeting last October which was arranged by the Member of Parliament and two of his CWaC Cabinet colleagues (those who have ‘executive power’) with parents and others on this matter, which raised an expectation that a ‘solution might be found this term’, none is forthcoming. A further meeting, convened by the MP was held on 20 December 2021 and I have attached here the notes that were issued following it (I can send these to anyone reading this on Facebook if they wish). I am afraid there is no solution in sight although the best possibility focuses around the bid by the Council to the Government as part of the ‘Bus Services Improvement Plan (BSIP).’ Further details (and hopefully positive news) are anticipated this spring. I have offered to ‘lobby’ my colleagues in Government for a positive outcome and am ready to do so as much as I can.

Colleagues will recall I circulated a note regarding the possible implementation of part of this new CWaC strategy in the parish (in the Greenway area). I didn’t receive sufficient responses for me to be confident of widespread support amongst the parish council that this was a suitable location although there was broad support for the principle of the approach. I have therefore allocated the one of six locations I was able to nominate for CWaC to maintain with wildflower planting to Mollington but have also said I may confirm another one in the next couple of weeks (which I will fund from my Member Budget). I intended to write to each household on Greenway to take their view as to whether they would like to see this happen near their homes and will go with the majority view. I will keep colleagues informed.

- There has been correspondence with CWaC Highways regarding various outstanding issues and the PC Highways Group have been kept informed. We are currently looking to secure a meeting with an officer (w/c 31 January 2022) to consider points previously raised, including the question of the implementation of ‘traffic islands’ as detailed last autumn. Indicative costings for these have now also been provided to the Highways Group and will no doubt be reported to the whole parish council in due course.

- Saughall Hey. I have been approached by a resident with concerns regarding the parking situation on Saughall Hey. I’m sure this won’t come as a surprise as the issues (on this relatively narrow road, particularly next to the green area) are well known. She particularly highlighted to me how the road effectively becomes single file, is challenging for buses and is generally a problem. A suggestion was made about the possibility of utilising some of the green space for additional parking. I am not opposed in principle to this, although the green area is important (if not very well maintained by CWaC) but suspect it will be challenging to deliver on cost grounds and indeed some residents might be opposed to such a move. As a first step I committed to raising it with the Highways Group and have done so initially with Cllr Kerr.

Progress on this matter had stalled in recent months but has now picked up again. I have now received (as has the Member of Parliament) ‘high level cost estimates’ for each of the options in the report prepared by Atkins for Cheshire West and Chester Council. These have been based on unit costs and examples of similar schemes but are not based on a detailed design which is informed by ground conditions and any utilities constraints, etc. The cost estimates vary from between £82,000 and £190,000 for implementation of the options. In pressing the MP for ongoing support to resolve this matter, he emailed me as follows on 13/01/22:

“Thank you for this. This issue is still at the forefront of my mind and see it as one of those that does need to be brought to some form of conclusion. I have already put in place arrangements to raised the matter when I next speak to the Chief Executive as it apparent that due to the significant commitment needed to address the problems that a decision will have to be taken at a senior level.”

I will continue to press for progress and to keep colleagues informed. I remain in touch with residents affected.

- 166 Hermitage Road. I appreciate the concerns of many residents and parish councillors around a ‘prior approval’ application submitted for an agricultural building in the field to the rear of this property and indeed share them myself. In the first instance in situations like this, residents should raise their specific concerns direct with CWaC Planning, particularly where I am not in a position to ‘call-in’ an application in the normal way as is the case here. This ‘prior approval’ application has been made under the planning provisions that relate to agricultural applications and as such is treated slightly differently to regular planning applications. It didn’t come through to me in the usual way owing to its AGR designation. This means that it is regarded as ‘agricultural’ in nature and therefore is treated slightly differently. There are historic reasons why planning applications like this don’t go through the normal processes of consultation (including via me with the right of call-in to the Planning Committee and through the parish council as a consultee) which largely relate to rules introduced after WW2. As such, it is considered by a designated planning officer and determined within a quick timeframe, and has been approved in principle by the CWaC Planning team. I must say that I find this somewhat frustrating but the law is what it is and my powers are somewhat curtailed. I’ve attached a document here which explains it a little more and there’s a useful link here too which sets out how an agriculture application is treated: https://www.gov.uk/planning-permissions-for-farms I have passed on numerous concerns already to CWaC Planning and have voiced my concern that in several areas of my ward, particularly in the greenbelt, a lot is happening under the name ‘agriculture’ when in reality we are dealing with large buildings being erected which may have a dubious association with farming / agricultural activity. This is quite unacceptable but the best route to deal with such things in the current set of parameters is via enforcement action as AGR applications must be strictly used for the purposes for which permission is granted.

- Land to the rear of Roslyn, Long Lane. This application is still to be resolved and remains called in by me. I am in regular touch with the planning officer dealing with the application and will update colleagues when I can.

- 122 Hermitage Road. We await the outcome of the appeal which was considered by the Planning Inspectorate here.

- 10 Meadowcroft (issue around rendering). This is with the Planning Inspectorate and was to be determined by written representations (deadline of 30 December 2021). We await the outcome.

- Field off Fiddlers Lane (being used as a dog ‘facility’). I understand a planning officer has now been allocated to this application (which is called in by me) and will liaise with me further in due course when they have had an opportunity to consider it fully.

~ I am in the process of delivering an A5 ‘Emergency Contact Card’ around the village, a copy of which is attached here. Delivery will be complete in the next week or so and I hope this proves to be useful for residents. This come about as a result of the challenges from the recent Storm Arwen and the need for widespread knowledge of appropriate sources of information / support (or a reminder of them). I was disappointed that the PC decided not to pursue further the role it could play in ‘Community Resilience Planning’ at its last meeting but that is your prerogative.

~ I have been in correspondence with a resident of The Ridings since September concerning the footpath between that road and the green space in the vicinity of Maplewood Grove. The matter relates to repeated damage to a fence by large mowing equipment. It has been agreed that CWaC will erect a ‘bollard’ (which will still allow for access to the area by those with pushchairs etc). As of 10/01/22, a commitment has been to complete this work within 10 working days. This will not affect the area being cut as it will remain fully accessible from the opposite side to this specific entrance.

~ Following notification from the CWaC PROW team (circulated by the Clerk) in relation to ‘Saughall Public Footpath No 15 - Temporary Closure 2022’, I queried the cost of implementing the repairs and offered to contribute from my Member Budget. I am advised that the anticipated cost is £2,000 which is somewhat beyond my reach this financial year but might be possible in the period 2022/23. We await further news from CWaC concerning this.

Lodge Lane road sign replacement. I have chased the replacement of this sign again – it was first logged by me in summer 2019 and it is quite unacceptable that it hasn’t yet been replaced (a point I have made!)

~ Green waste collection / new waste collection service. I issued notes to all colleagues on 08 December 2021 with the latest information available to me around the implementation of the new services. The option to sign-up for the £40 per bin / per annum green waste service is now live. I await further details of the wider implementation of the new service for the parish (new recycling bins etc) and will share this when I have it.