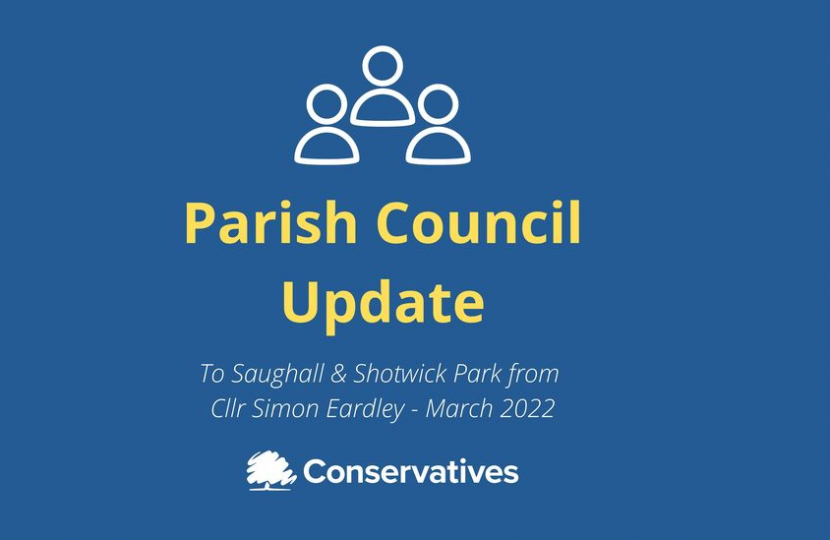 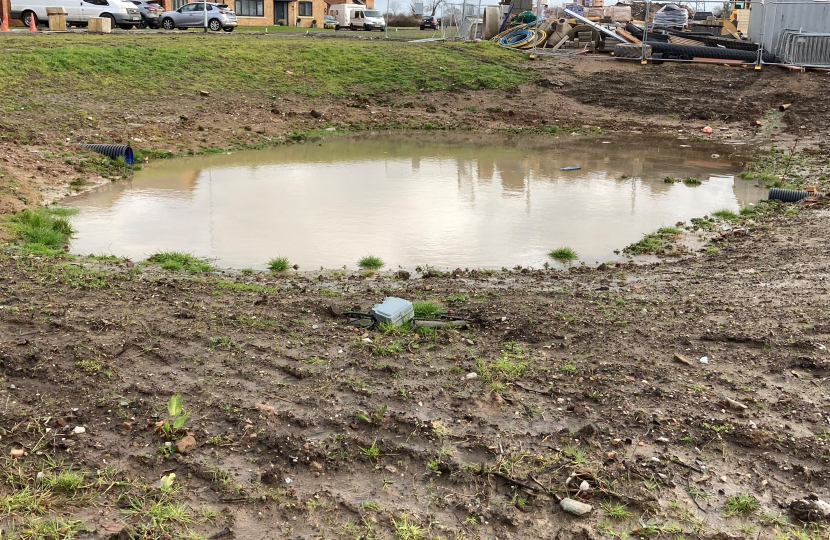 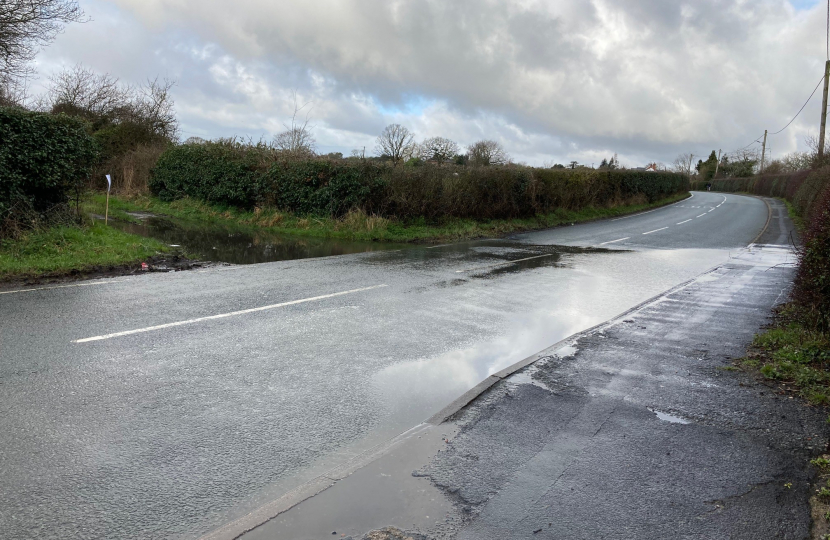 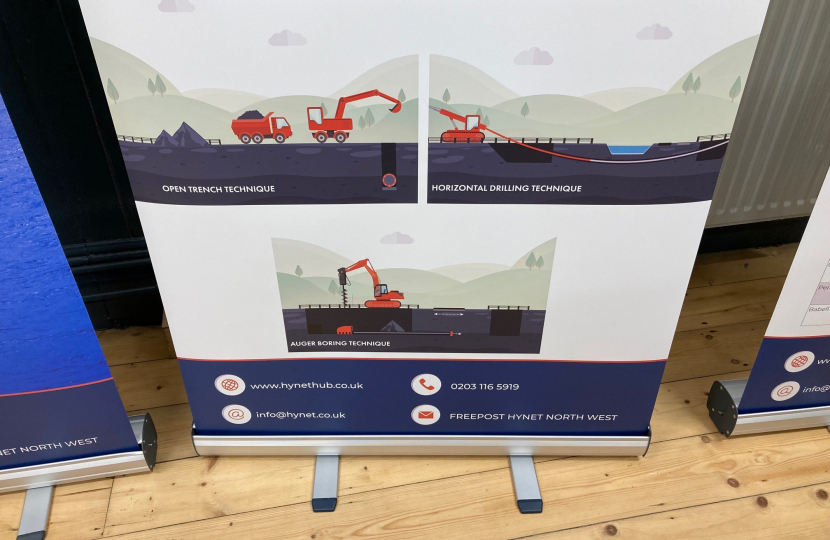 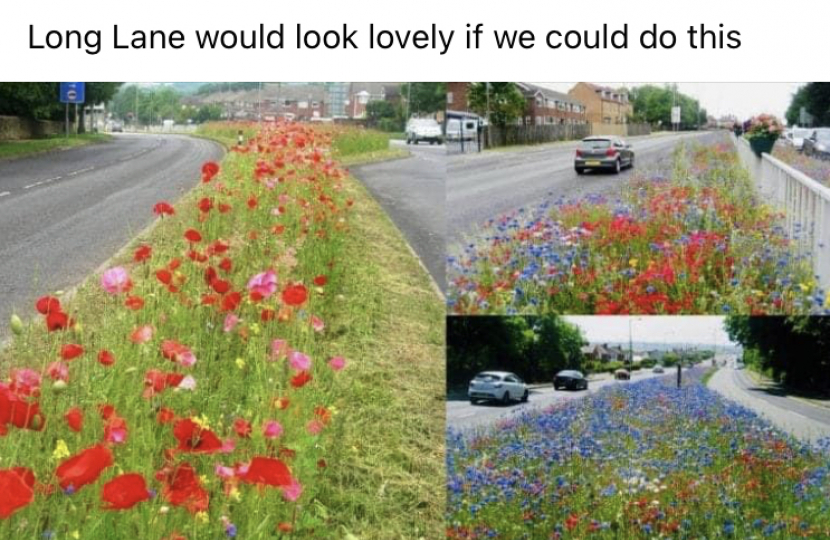 I hope those colleagues who were able to attend the recent public information session at the Vernon Institute found it useful. I sought some assurances regarding the likely impact of the works associated with the project in terms of the pipeline installation on highways and other matters and made it clear I expect them to work to minimise disruption to residents when the time comes. I have no reason to believe that this won’t be the case but I will, of course, press CWaC Highways on the matter when appropriate. I was interested to see a visual of the techniques they use for construction which gave some reassurance (they indicated the tunnelling approach is most likely where they encounter a road). See image attached.

I have relayed comments to the team regarding one of their proposed routes where it crosses Hermitage Road, in the vicinity of number 139. The flooding here is a matter they will clearly wish to consider. It was extensive when I viewed it on 04/03/22 although the drain just off the pavement was operating at a reasonable capacity from what I could tell. See image attached.

The post below was placed on the Saughall Village Facebook page on 03/03/22. As colleagues will know, the council are pursuing the implementation of a wildflower / grassland / verges strategy in earnest this year. As per previous reports, this will see the area of green within the Greenway area managed differently by the borough council. There is an option for other areas to be included in such schemes, working with third party groups, (although it might now be too late to include additions owing to the seasonal nature of this work) but the local authority would need some financial commitment from them to do so (which could include a contribution from my Member Budget). Perhaps the parish council might wish to consider whether they would like to explore this option on a joint basis with me for Long Lane (either wholly or in part).

The requirements of the notice are to:

1. Fully demolish the building comprising of the unauthorised development.

2. Permanently remove all foundations, services and associated materials from the land in compliance with (i) above and restore the land to its previous condition.

The period for compliance with the requirements is: 9 calendar months after this notice takes effect.

As Cllr Kerr has reported, we held a useful meeting with CWaC Highways on 11 February and discussions on various matters remain ongoing. I followed up with a note to Kay Parry as follows and reiterated that I wished to see firm dates and timeframes emerge as soon as possible on some of the actions noted. I also supplied again correspondence in relation to the proposals for raised islands and expressed the strong view that where the parish council are likely to fund the implementation of a scheme (with modest support from my Member budget) then there is a clear expectation that matters will be progressed at a reasonable pace if these schemes are agreeable in principle that they should happen.

In respect of the Saughall Hey matter which is noted above, I wrote to the resident who raised this with me as follows on 20/02/22:

As per our exchange of emails and short visit to the Saughall Hey site to look at parking challenges, I duly took the matter up with the Parish Council Highways Group and they were sympathetic to your views on this area as indeed was (am) I. We agreed to add it to a list of highways related matters that were to be discussed with a CWaC Highways officer recently and this was done a week last Friday. The following comments were made in response to the issued being raised:

I appreciate that this is not the answer you will have been looking for but pleased be assured that it was fully aired and discussed. Let’s continue to keep the site under review going forward.

Colleagues will recall I commented on the condition of this route in my last report. The PROW officer has updated me as follows (earlier this week):

“I can confirm that a letter was sent to the landowners on the 16th February asking them to cut the hedge back and also whether the stiles at either end of the Footpath are necessary what with Footpath being enclosed from the rest of the field. To date I have not yet received a reply, but can confirm that the letter was delivered (via recorded delivery) on the 17th February.

The landowners were asked to clear the hedge within 28 days, so they’ve a couple more weeks before I reinspect the Footpath. If there has been no attempt to cut back the hedge or any attempt is considered to unsatisfactory we’ll have to consider serving formal notice upon them.”

CWaC have now started in earnest the introduction of their new waste and recycling service (from w/c 14 February). I have previously detailed what this will entail for residents, including the position around the future collection of garden waste and the hardware that will be supplied to replace the current recycling boxes. The first tranches of hardware deployment are largely in the Winsford area. Residents can find an indication of when they will receive their new kit by putting their postcode into this website link: https://www.cheshirewestandchester.gov.uk/residents/waste-and-recycling/waste-and-recycling-collection.aspx

I have emailed the main council planning officer I deal with regarding this site as follows and await their response: