Dale Camp to stay at heart of Upton Community until 2027 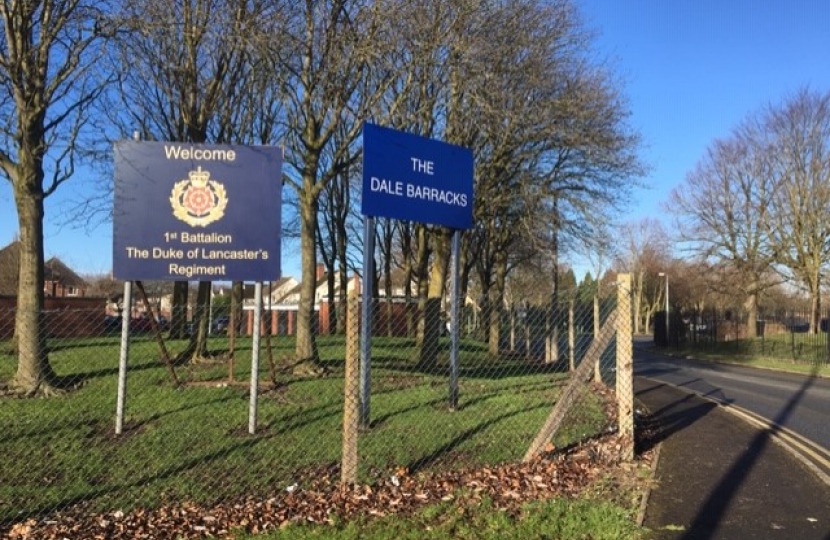 Dale Camp, the military barracks in Upton, Chester, will remain until at least 2027, it has been announced.

The site was due to close as part of plans to build new military houses in fewer locations. However, the Government has now announced that the site will not close before 2027, a decision that has been welcomed by local residents who have valued the role of the Barracks in the community.

“The soldiers and their families posted to Chester are very much part of our Upton community and we will welcome them for as long as they stay at the Dale.

“I’m so pleased Chester will continue to be a garrison City and Upton a garrison Parish.”

Dale Barracks has been the depot of the Cheshire Regiment since 1939, with multiple battalions and their families being based at the site over the decades since.

“By providing further clarity on the future of key sites, not only will we protect our national security and support military objectives, but we will provide more stable employment and education opportunities for military families.”