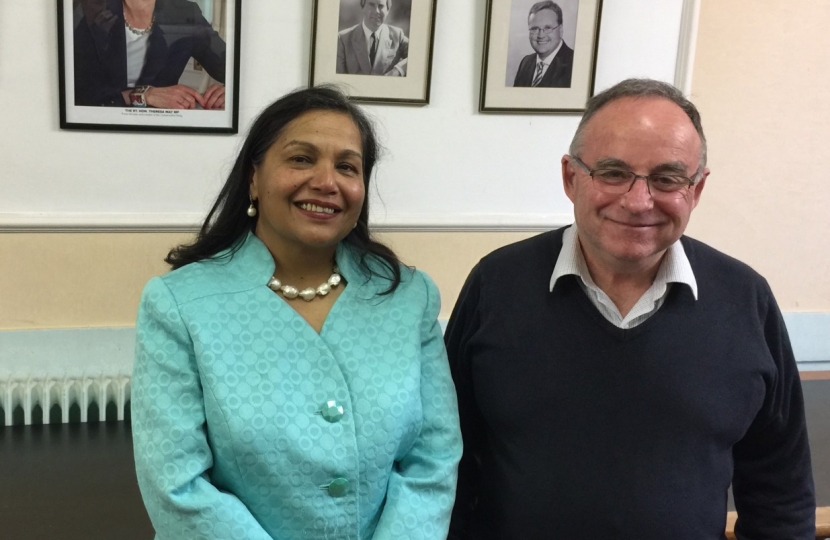 Councillors Razia Daniels and Neil Sullivan have been re-selected as the Conservative candidates for Handbridge Park. The ward is up for election, alongside all other Borough Council seat in West Cheshire, in May 2019.

Councillor Razia Daniels, who has represented the area since 2006 said:

"It's a real privilege and an honour to represent Handbridge Park for 12 years.

"Over my years as a Councillor, I've seen the strength of our community: from schools, to voluntary groups like Friends of Westminster Park, Friends of Edgar's Field Park, Friends of Meadows and we were delighted to help form a new group called Friends of Dukes Drive.

"We have a fantastic community spirit, created by Community Associations and Residents Associations that call Handbridge Park home. It's a vibrant part of Chester and we are honoured to represent it on the Council.

"Recently, we have worked with local residents on issues such parking, pot holes, grass cutting, grass verges, dog fouling, litter, fly tipping, maintenance of trees and hedges to name but a few. They're the issues local residents tell us matter to them and we will continue to put local priorities first."

Councillor Neil Sullivan, who has represented the ward since 2011, added:

"As local Councillors we've been working hard for people right across our ward and we're delighted to be standing for re-election next year so we can keep on doing that.

"For the past three years people in Handbridge Park and across Chester have been let down by Labour. The Labour Council has hiked up our taxes whilst failing to provide some basic services that people rely on. Local residents deserve better and we'll carry on doing everything we can to ensure we get the quality Council leadership we deserve and bring Labour's dismal record to an end."

You can contact Neil & Razia on the details below: