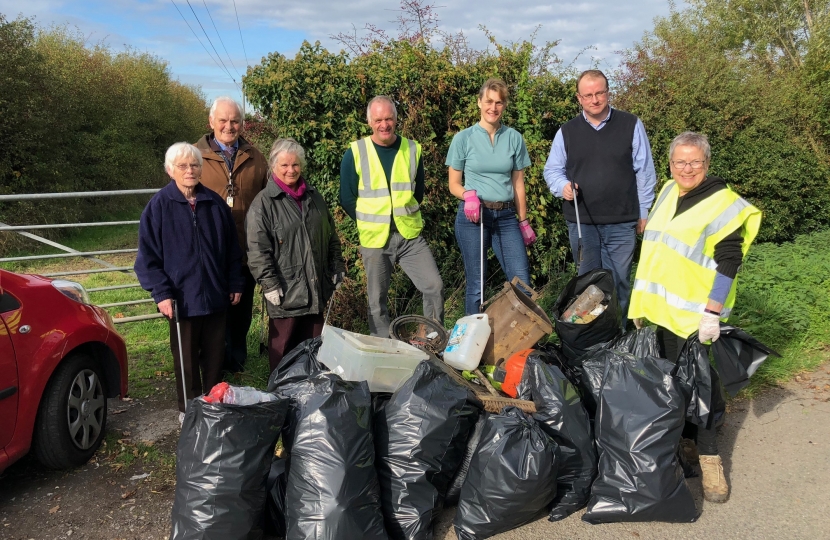 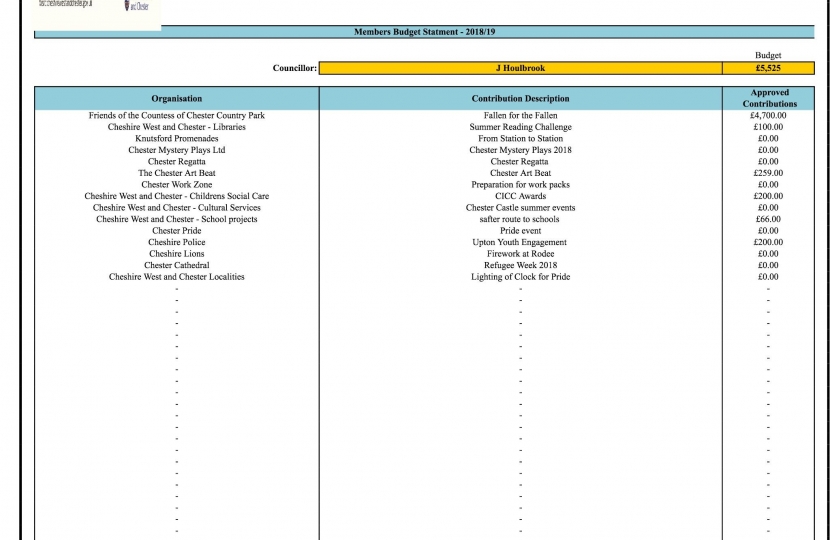 As we move into the winter months it’s disappointing that the autumn leaves still have not been cleared away through the majority of Upton. There is apparently a sweeping schedule in place through the Borough Council but I’ve not seen any evidence of the removal of the leaves on our local streets. It’s very concerning as the leaves are now slippery and dangerous for young and older residents alike.

I’m sure we all enjoyed Upton’s first Christmas Market and although it wasn’t held on Weston Grove where I originally proposed and hoped it would be organised, it was a great success.

I was pleased to be kept busy helping to provide the hot drinks which were in great demand especially as the evening grew colder. Hot chocolate with marshmallows proved to be a firm favourite.

It was gratifying that so many people took the time to come and say how much they were enjoying the afternoon.

I’d like to give a thank you to everyone involved in arranging the market, to the stall holders, to Father Christmas, to our Pavilion staff and to those Parish Councillors who lent a hand.

Following the Market I’ve received feedback from many residents and I will ensure those comments are considered and acted upon when we arrange the next year’s event. I have already suggested to the Chairman that the working group arranging that next year’s Christmas Market should include residents and representatives of our local businesses.

However I would like to propose now that members of staff and Councillors considering handling food at our events should undertake an online food handling and hygiene course. The Parish Council should also invest in the equipment necessary to the safe delivery of food. This includes a probe for checking the temperature of food and facilities for the proper storage and handling of food. We need to ensure that the food we serve is safe and free from any contamination.

All year round I receive many complaints about overgrown trees and hedges that encroach onto the footpath. This makes it difficult and often dangerous for people using the pavements and especially anyone in a wheelchair, motorised buggy or pushing a pram or pushchair. Now is the ideal time of year to cut back overgrowth.

What a memorable Remembrance Day we experienced as we remembered 100 years since the signing of the armistice ending the Great War and there were  many different commemorations across the Borough. In Upton the Fallen For the Fallen Poppy Trail was officially opened.  The day started for me at 6.00 am when I represented Upton at Chester Cathedral for the piping of the Battle’s O’er at the War Memorial.

At 9.30 residents and uniformed associations gathered in the proper tradition at Upton British Legion and I’d like to thank Parish Councillor Alison Bennion for organising the commemorations and for carrying the Upton Legion standard. I was privileged to lay a wreath at the War Memorial again this year.

So many people turned up to walk the poppy trail after the official events that it has made me very proud of what Friends of the Park and I have achieved and I would like to thank everyone who joined in the walk from the War Memorial to the Memorial bench in the Country Park. It was heartwarming to so many happy faces and the weather was kind to us. A special thanks to Rev John Kingsley who conducted the service at the memorial bench and to Andy Scargill and all the Friends of the Countess Park without whom this trail would not have happened.

I think thanks should also be given to members of our community and the CWaC  StreetScene team who ensured the area around the War Memorial was neat and clean for November 11th. I understand the StreetScene team gave the grass a final cut at 8.30 on that morning. The same team also cleared the area around the Parish Council bus shelter on Upton Lane in readiness for the poppies to be attached. I hope members, you are pleased with the look of the newly painted bus shelter.

Although this isn’t strictly Upton news, members may be interested to know I was very humbled and proud to read out some of the names of the Fallen as they were displayed on the walls of Chester Castle on the evening of November 10th.

Yet again residents on Meadowsway and Willow Close, Lawn Drive and Upton Lane have been plagued by drivers who park in an anti social and inconsiderate manner. It’s not acceptable that our lovely grass verges are being destroyed in this way or that residents’ lives are being made a misery. The managers at Upton Heath School are taking this seriously and working with residents and I have been given a few ideas which I have suggested to Highways and to the school hoping these  might help.

It’s been a while since the results of the consultation about the double yellow lines on Bache Drive and Egerton Drive took place. The implementation agreed by the majority of residents has been delayed while I negotiated for some changes on behalf of some residents. However I was not able persuade Officers to change the planned removal of the lines on Egerton Drive. The temporary traffic order placed when Brook Lane Bridge was closed has already run out and so once the new traffic order has been approved the work will go ahead.

I’m disappointed that we are still waiting for work to complete the new crossing on Wealstone Lane. I don’t understand why the electrical connections were not scheduled at the same time as the other work was done. Kay Parry is investigating this.

The no 1 bus continues to cause complaints, although I also receive comments from residents who are pleased with the new service. I have arranged for residents to meet with the district manager from Stagecoach Bus on 5th December.

There is no firm news about the future of Upton Youth Club.  I have met with Angela Lewis, who overseas the commissioning of Young People’s’ Services and we discussed the building and the provision of a Youth service in Upton. There are a few ideas in the melting pot but as they are in the embryonic stage, currently I’m not in a position to give any details. As soon as there is any news, which I trust will be positive for Upton’s young people, I will let members know.

I have learned that various areas in the country are organising a shoe box appeal for older people in the community to ensure every senior citizen has something to open on Christmas Day. I think this a great idea and I understand that our Parish Church has already made a start on a collection so I’ve been trying to speak with the person leading on this. I  hope to encourage members of our community and our schools to support the Holy Ascension and to again use the Pavilion as a collection point.  I’m still endeavouring to make contact and I’ll keep trying.

Looking forward to 2019 and building on the community theme I have promoted this year I would like to ask the Parish Council to consider hosting a More in Common picnic next June. The dates for the Great Get Together are June 21st-23rd and over this weekend thousands of people across the country will come together to celebrate all that we have in common. The event inspired by the memory of Jo Cox MP seeks to reject devision and hate and build stronger, kinder communities.

Because we have elections next May, Councillors have been required to ensure their ward budget is spent by the end of December but all projects have to be approved and all money committed by the end of November. I therefore thought Parish Councillors might be interested to know how I have distributed the £5,000 allotted to me this year. The attached table provides the details.