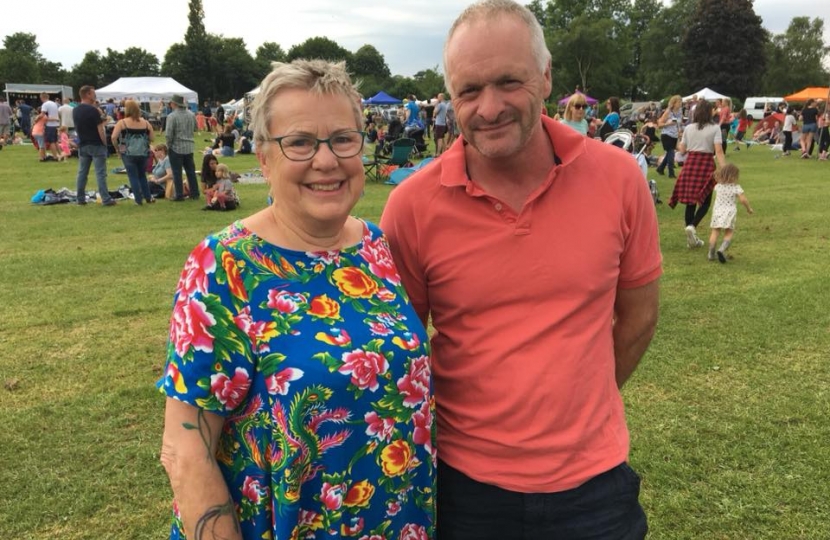 We had a very full Parish Council agenda last evening. On the list was an item about renewing the Parish Council engagement with the Upton Community Links group. Especially important to keep cross Channel dialogues open at the moment. This is a link with no cost to residents but many other benefits.

I’m really pleased the PC members have agreed to discuss my suggestion that we look to build links with a third world community. I hope this can be agreed and achieved by working with Upton High School. The item will be on the agenda for the October Parish Council meeting but in the meantime if you have any ideas please do contact me.

You can also read Jill's report from the Parish Council meeting below:

The repercussions of such a lovely summer rumble on as residents and I question why the streets and green spaces still look so uncared for and messy.

I’ve reported the disgusting state of the gutters, footway and the central reservation on Liverpool Road. The weeds are feet high in some places. What kind of impression do visitors using this major access road into Chester receive?  What about residents who have to look at the unkempt areas daily?

During the hot spell when grass cutting was suspended I can’t understand why dealing with the weeds was not made a priority.

I am very unhappy with the response from Maria Byrne to the Parish Council and I have replied to her not as member of the Parish Council but in my role as a borough councillor. I am including in this report part of my reply which details issues during the past few weeks, that I have raised elsewhere, including with the Deputy Chief Executive

This is part of my email:

The church burial ground which has been closed for several years was in the most dreadful state and indeed one of our Upton residents who has family buried there wrote to the Chief Executive to complain.

This problem is a yearly occurrence so very little to do with the weather but more to do with the work not being given any kind of priority. For the last few years I have had to ask for the area to mown and cleared.

Following my report and request for action the grass was cut but was left strewn around and piled on the graves. While checking the area I met a very distressed resident who was placing flowers on her Mother’s grave and who was incensed by the disrespectful way the graveyard had been left. I reported this again. Following this the team attended and I happened to be passing at the time. I was told that they were not allowed to move the mown grass I case there was anything nasty in it that they might pick up. I was astounded by this. Are our operatives not supplied with suitable safety equipment? However the team leader kindly agreed to use the blower to move the cut grass. Better than nothing I suppose.

I turn now to the cockpit which is a well loved and well known green space in Upton. Some years ago Councillor McNae and I invested all our community budget into obtaining matched funding from Wren to refurbish the Cockpit. It was looking splendid and for the next year as part of the money we invested was looked after.
This year I spoke with Mark Brazil and he agreed to invest some time and resources in the area. Wildflower seeds were sown and some tidying took place.
I was really hopeful that we had an understanding about keeping the Cockpit in good order.

However I had to make several reports before the grass was cut weeks ago. The reason given was that the gate was locked and no one had the key to the padlock. I find this very strange because I’m not aware the gate has ever been locked and there is another entrance. The grass was cut to a dreadfully poor standard.

Fed up with waiting for further work to be carried out and having received a great number of complaints from residents, a couple of weeks ago a working party of residents and I spend 4 hours working in the cockpit. It is now looking much better. The street scene team kindly removed the rubbish we had collected.

I - not Upton Councillors suggested that we could invest in making the area a wildlife sanctuary. The bird and inspect boxes there came from my ward budget. I am still waiting to be contacted by an officer to get this project underway.

Following months of attempting to get work done at Lodge Gardens last year again, residents took
action making a start on clearing this area. Lodge Gardens was the home of the command centre for the North West during First World War so is historically important to Upton. The sandstone wall round the gardens is crumbling because the shrubs have been allowed over the last few years to become overgrown and invasive. I managed to persuade the the authority to do some work in the gardens but there is much that remains to be done. Again the standard of grass cutting here has been poor and slapdash.

I want to give you the opportunity to respond to me before the Parish Council meeting when I shall be making these comments.

Members,  I have also received a response from Mark Brazil. This followed my email copied to the Deputy Chief Executive. I had to express my frustration with the standard of service.

It very often feels from my side of the fence that no one is listening to residents and in turn to me either. Lack of action or response from officers reflects really poorly on local Councillors because our residents assume that issues have gone unnoticed and unreported.

After my last meeting with Mark I hoped that we could put the  difficulties behind us and make sure Upton is kept looking vibrant and clean. It’s disappointing that my expectations haven’t been met, for example the Cockpit where after the sowing of the wildflower seeds basically nothing else has happened. The grass was cut and left to rot which inhibits wildflower growth, the steps had not been swept and the areas around the borders were untouched.

The banking on Mill Lane was cut back after weeks of me sending reports and many residents tweeting about the danger. However the cuttings were left piled on the bank. The overhanging tree by the bench opposite Bache Drive was also trimmed in a fashion but the as a result the road beneath still needs sweeping. It’s these little lack of attention details which cause such irritation with residents.

Both the Cockpit and Lodge Gardens are central to Upton and the areas which about which I receive the many comments and complaints from residents. In order to make progress and put together a working plan I shall continue to press for a meeting.
I have pointed out to Mark that Lodge Gardens is particularly relevant in this centennial year as the Lodge which stood there was in fact the headquarters for the Army control of the North West during World War 1.

I am continuing to use the SMYLE app but it is still not the slick seamless operation it should be.

I’ve been going through the reports I have made using SMYLE since May. The status of them all is still awaiting action. None of them is marked completed. It’s difficult to give references because none has an identifying number so short of me forwarding them all to an officer I don’t know how I can follow up these reports.
I’m completely sick of having to follow up on work which should have been marked completed and is or isn’t outstanding. The only way I can manage this is to revisit the site of every report I’ve made either using SMYLE or on the website and I find this unacceptable and impractical.

As an example : There are a couple of grids on Caughall Road and one on Weston Grove that are blocked and cause flooding and each time I receive complaints and people assume I’ve just ignored their requests to report them. I did manage to ascertain that apparently the grids need to be unblocked! They are full of leaves surely not I might suggest an insurmountable problem.
Apparently SMYLE is still ‘clunky’ but this has been the excuse for the past four years and I fail to see why it’s taking so long to resolve the IT issue.

I turn now to planning matters.

The application for Plush Spice is still pending because the developer is in negotiations with a social housing provider. The plans will stay as they are but the development would be entirely social housing. I feel this is a welcome change.

Some residents on Bache Hall Estate are concerned about the impact the application for the neo natal building will have on the trees and therefore on their privacy and properties. I have spoken  with the planning officer who is visiting the residents. I will be able to give a verbal update at Parish Council.

I have been contacted by residents of Dunham Way who had been disturbed by a rumour that the green was to be part of a planning application. I have been assured by planning and the team dealing with local development plan that there is no application pending and that the area is designated a green space.

There is not yet any end to the problems being caused by the no 1 bus on Upton Lane. Councillor Bryan and I continue to communicate with Stagecoach Bus and to look for a practical and acceptable resolution. There have been several incidents involving the buses which I regard as disturbing. I have been in contact with Upton Heath School and we are arranging a meeting between the Headteacher and Stagecoach once the new term has started. I am determined to leave no stone unturned in an effort to get the best deal possible for Upton residents but it must be remembered the power to make changes lies with the bus company not the local authority.

You may have noticed that all the wooden poppies on the trail are in place. The next step is to arrange the plaques that will commemorate the Fallen at the poppies. There will be several names on each plaque except the plaque on the poppy at the War Memorial which will commemorate only one soldier and that is Councillor Southward’s great uncle.

My final update concerns the Youth Club. Both the service and the building remain closed. The Legal Team at CWaC is still dealing with the issue and is in contact with the person wanting to use the building. Because of this is a legal process information will be limited. I am grateful to our PCSO Jenna Tapley for engaging with young people in Upton.