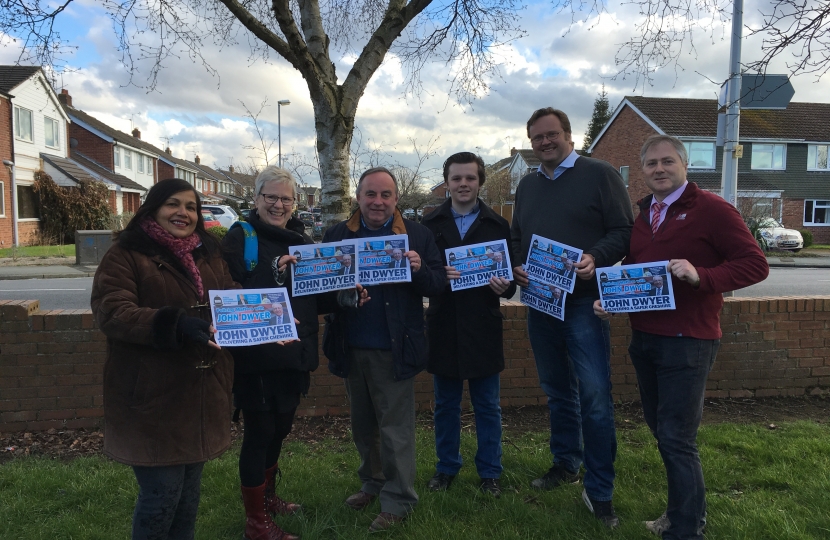 As our Police and Crime Commissioner, John Dwyer has worked hard to make Cheshire the safest county in the country. Overall crime has fallen to its lowest level since the 1990s, with police recorded burglaries down by 19% in the last year alone. There has been investment in the Special Constabulary and we now have an active team of 450, compared to 350 back in 2012. Cheshire Constabulary is also committed to more police on the streets with 2,053 frontline officers by May 2017.

Families in Chester are safer because of John's record of supporting local police officers across our county. But the achievements of the past five years could be put at risk on May 5th is Jeremy Corbyn's Labour Party are put in charge of our policing in Cheshire.

That's why the Conservative are campaigning so passionately to get John re-elected.

"We know how important it is to tackle crime. After all, if you’ve worked hard and bought your own home, you want to know you’re safe in it. If you’re out with your children or grandchildren, you want to know they’re safe from anti-social behaviour on our streets. And if you’ve saved up for your retirement, you want to know that your money is safe in your bank account, free from cyber-crime.

"The stakes are high in this election. Cheshire can either have a strong and effective Police and Crime Commissioner in charge of the £192.5million policing budget or Jeremy Corbyn’s Labour candidate."