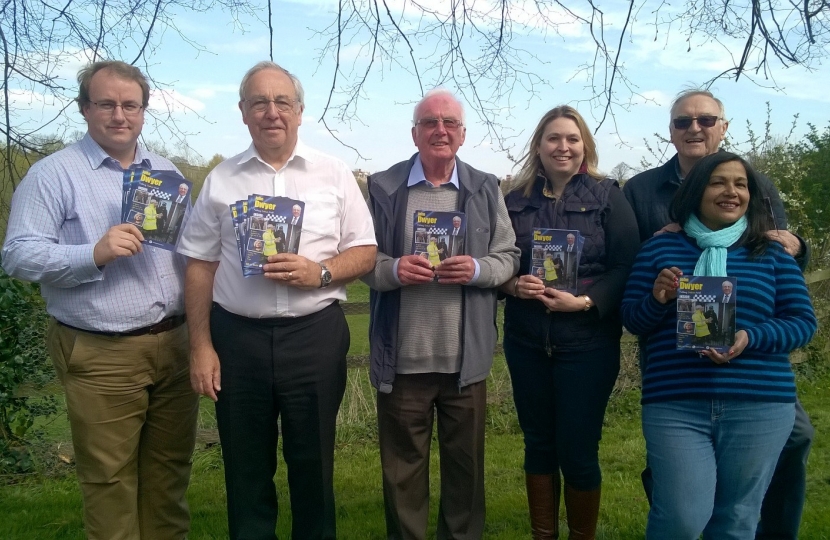 “As the Minister in the Home Office with responsibility for preventing abuse, exploitation and crime it is really vital that we have excellent, local Police and Crime Commissioners who know their area and know how to tackle local problems.

“I know here in Cheshire what John has done to really help victims, so they are prepared to come forward, listened to and believed, ensuring that those hidden crimes that I deal with are brought out into the open. He is a shining example of how a great Police and Crime Commissioner can really make a difference to their local area.”

John Dwyer, who is up for re-election as Police & Crime Commissioner on 5 May, added:

“I’m proud of the record of Cheshire Constabulary in driving down crime to make our communities safer. Overall crime in the county is down to its lowest level since the 1990s and in the last year alone police recorded burglaries are down by 19 per cent ; the sort of crime that affects people the most. Having a strong and visible police presence on our streets has been key, in my view, to this success, but there’s more to do.

“Greater efficiency, streamlined administration and focused investment has enabled Cheshire Constabulary to put more than 2,000 officers on our streets already, helping protect the most vulnerable in our communities. As a former police officer, with 30 years’ service, including as Assistant Chief Constable for Cheshire, I know first-hand how much this matters to local people.

“My commitment, if re-elected as Police and Crime Commissioner, is to maintain this ongoing investment in police numbers. That’s why my most recent budget set the target of 2,053 frontline police officers by March 2017. This is a growth of 70 frontline officers in our communities and is a commitment I’m determined to see through in my drive to make Cheshire the safest county in the country in which to live and work.”