Vote John Dwyer on May 5th 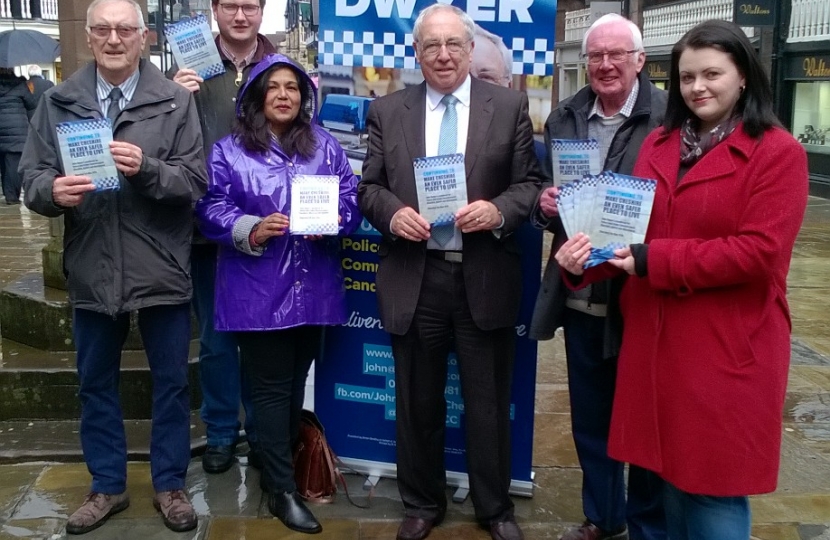 On Thursday May 5th, voters across Chester will be voting for their Police & Crime Commissioner.

Vote John Dwyer for a clear record of making Cheshire safer - and a strong plan to make it safer still.

As our Police and Crime Commissioner, John Dwyer has worked hard to make Cheshire the safest  county in the country. We’ve seen overall crime fall to its lowest level since the 1990s, with police recorded burglaries down by 19% in the last year alone. There has been investment in the Special Constabulary and we now have an active team of 450, compared to 350 back in 2012. Cheshire Constabulary is also committed to more police on the streets with 2,053 frontline officers by May 2017.

John's plan for the future is based on what matters most to families in Cheshire:

Vote John Dwyer on May 5th. The first choice for a safer Cheshire.