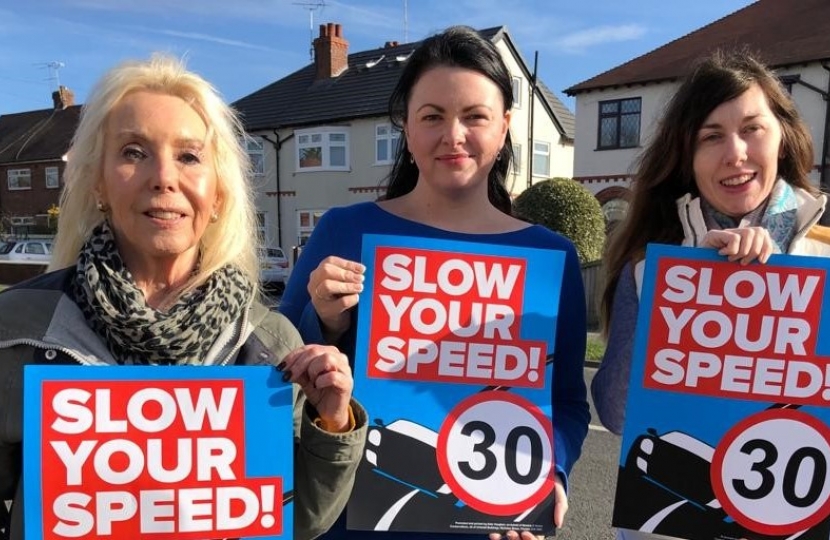 The introduction of 20mph zones on some roads has been a positive initiative, helping to slow traffic and keep pedestrians safe.  But residents have asked why so many side roads and cul de sacs have been the focus of 20mph signs, when speeding is an issue on our main roads.

Many residents have been in touch to say they are concerned about speeding on roads such as Hoole Lane and Plas Newton Lane.  That’s why we’ve launched a “Slow Your Speed” campaign, to encourage drivers to slow down and stick to the speed limit.

Suzanne Booth said: “The speed limit on roads like Hoole Lane is 30mph, but unfortunately there are some drivers who go a lot faster than that.  Our local PCSO conducts regular speed checks, but people need to take care and ensure they don’t go faster than 30mph.

“The message of our ‘Slow Your Speed’ campaign is simple: slow down so we can all stay safe.”

You can back our campaign to reduce speeds in Newton & Hoole below: