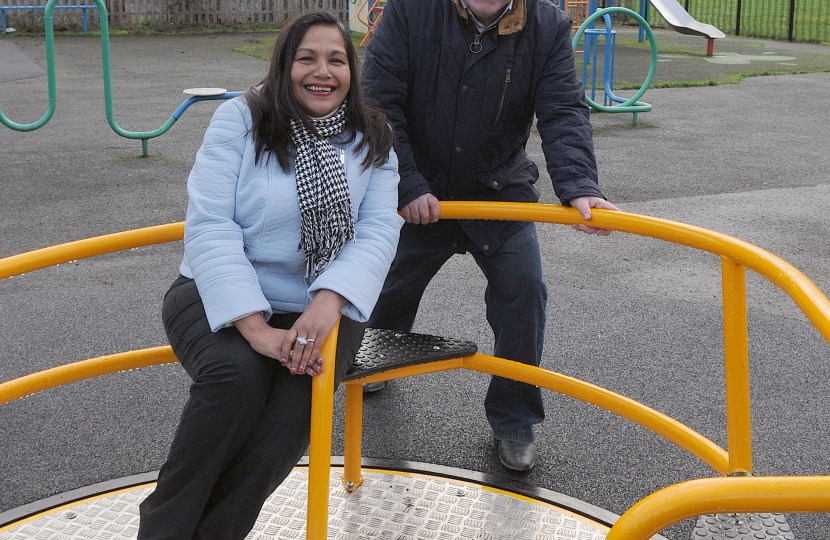 Cllr Razia Daniels and Cllr Neil Sullivan campaigned very hard for the play area to be refurbished because it appeared to be neglected and they were very disappointed to see the overgrown weeds and the missing play equipment.

They used their members budgets to get the play equipment refurbished but it still required more work and the missing play equipment needed to be replaced in order to bring it up to standard.

Residents requested improvements stating how much nicer it would be for children to play and enjoy open views over the meadows.

Cllr Razia Daniels said "It is really great to see the improvements finally made after a lot of campaigning to bring about the changes and it was really nice to try out the new play equipment.

Cllr Neil Sullivan added "I would like to thank Cllr Eveleigh Moore Dutton, former Conservative Executive Member for listening to our residents requests and enabling this great work to take place at Appleyards Lane Play Area in Handbridge.