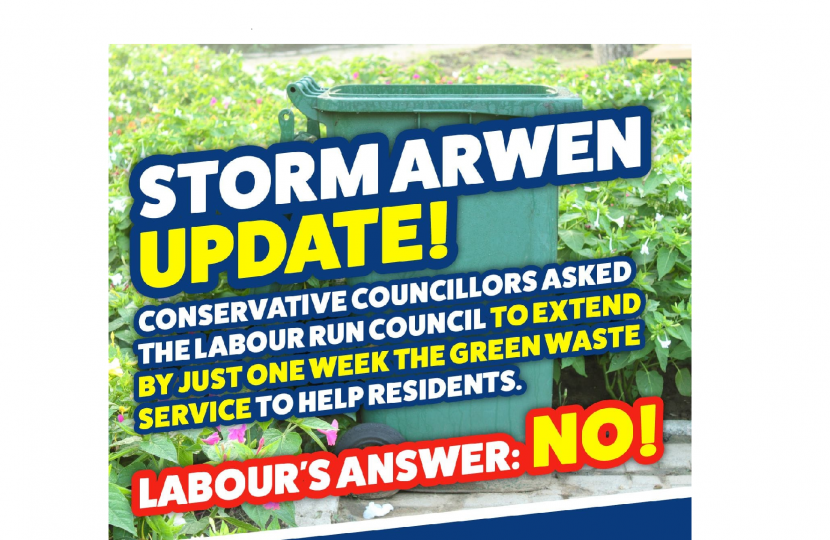 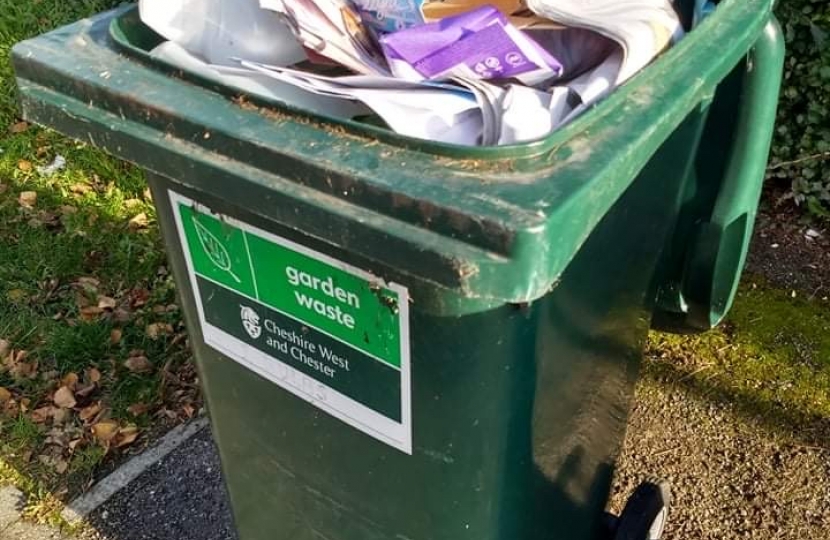 Storm Arwen hit Chester hard, seeing branches, trees and bushes blown over. But Cestrians showed a great community spirit across the city and helped each other cut up branches, clear away damaged shrubbery and more.

Local Conservative Councillors asked the Labour-run Council to recognise this and extend the green bin collection by a week.

Given we've seen the last of the green bin collection til March 2022, even then it will only return to those willing to pay the 'Green Bin Tax', it is very unfortunate the Labour-run Council has refused this request.

To compound issues further, Cllr Jill Houlbrook has received complaints from Upton residents regarding how the bins have been handled in general. Here's what Jill found:

I have contacted CWaC to try to understand why the waste collection in parts of Upton yesterday was rather poorly handled. Residents found their green bins loaded with other waste and moved to the road side and the grey bins with someone else's rubbish inside. Some bins also disappeared.

Very disconcerting given that the next week is the last collection of green waste.

Following my previous post several residents have been in touch to report similar issues and missing or broken bins and lids. If any residents have had problems, please do let me know! Was it your usual team who emptied your bins?